How Destructive Can Water Damage Be in Agoura Hills? 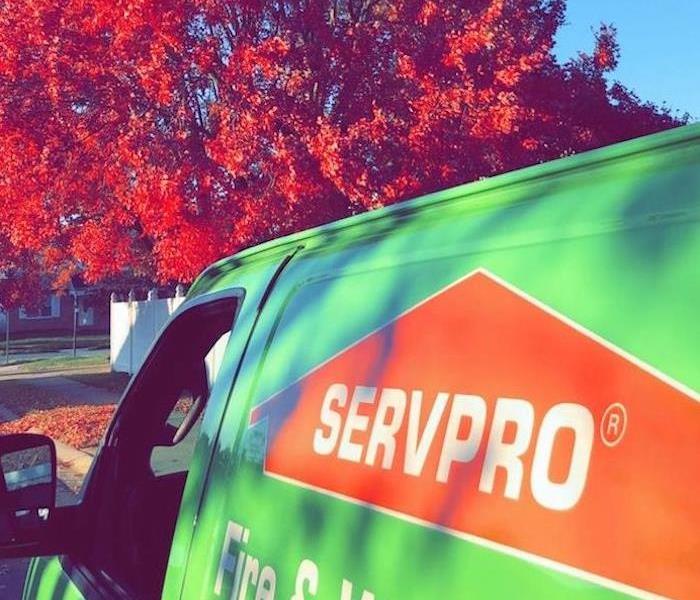 SERVPRO's skilled technicians have the equipment and experience you need after water wreaks havoc on your property.

Wildfires in November of 2018 near Agoura Hills caused shocking damage. The Woolsey fire burned from November November 9 until declared completely contained on November 21, 2018. During the 13 days the wildfire burned, it consumed vegetation and structures on 96,949 acres. The heat and flames destroyed 1,643 structures, and three people died. An evacuation of nearly 295,000 people avoided the additional loss of life. Because of the fire's proximity to Los Angeles and areas populated by those working in the entertainment industry, numerous celebrities lost their homes. Some drug rehabilitation centers and sober living houses in Malibu suffered damage, as did several summer camps in the area.

What Other Notable Locations and Historic Properties Received Damage from the Woolsey Fire?

The area on either side of Ventura Freeway near Agoura Hills sustained considerable damage, including several filming locations for movies and television spanned decades. Sites involved include the following:

The ranch is a parcel of land originally home to automobile mogul Harry Miller. He retreated from his workaday world in his home and raised exotic birds in a giant aviary.  After Miller lost his fortune in the Great Depression, the land passed through many incarnations as amusement parks and entertainment venues hosting luminaries such as Johnny Cash, Willie Nelson, and the Mandrell Sisters. An artificial lake and a baseball diamond were among its features when actor Peter Strauss purchased it in 1976. Strauss sold the ranch to the Santa Monica Mountains Conservancy in 1987.

The villa's lower house became famous as the place where reality shows "The Bachelor" and "The Bachelorette" were filmed. It was in the path of the fire.

Woolsey's flames also decimated areas of this park. President and actor Ronald Reagan, Bob Hope, and 20th Century Fox were the previous owners of three parcels of land now comprising the bulk of the park's area. The Reagan Ranch, the set of the long-running TV series "MASH," and other backdrops familiar to television watchers and film fans (think "Planet of the Apes") were unrecognizable after the Santa Monica Mountains blazed. Near Agoura Hills.

Did the Paramount Ranch Escape Destruction During the Woolsey Fire?

Unfortunately, the majority of the Paramount Ranch structures in Agoura Hills did not survive near-total destruction. Despite a valiant fight to save the iconic Western Town "starring" in countless productions, only two buildings survived. The white chapel and a mock train station remain unscathed, probably because they were set apart from the rest of the town.

What Is the History of the Paramount Ranch?

Seeking locations to film a multitude of productions, Paramount Studios bought a 2,700-acre ranch in 1927 on Medea Creek in the Santa Monica Mountains. The land is situated between Malibu and the Conejo Valley adjacent to Agoura Hills. With this purchase, the studio had the space to construct permanent and adaptable sets on a large scale. For example, Paramount built:

What Was the Signature "Set" on the Paramount Ranch?

Paramount leveraged production materials bought from RKO Encino Movie Ranch in the early 1950s. An iconic Western Town completed construction in 1954 using portions of RKO's Academy Award-winning sets. Western Town served as the location for the growing numbers of incredibly popular television Westerns, including "Gunsmoke" and "The Cisco Kid." Filming within these sets continued, providing a home for "Dr. Quinn, Medicine Woman" and the HBO series "Carnivàle." More recently, "Westworld" was filmed at Western Town at Paramount Ranch. Additional uses of the sets also include:

The location is now called Paramount Ranch Park in the Santa Monica Mountains National Recreation Area. The National Park Service accepted oversight of a section of the lot in 1980 and restored the sets in the 1980s, relying on old black and white photographs. Plans are in place to bring the Ranch back to its former glory as funding is obtained and current constraints lift.

Can Water Damage Restoration Experts Take Inspiration from the Struggles and Persistence Shown During the Aftermath of the Woolsey Fire In Agoura Hills?

The individuals in our area pledge to recover from disasters, whether wildfire or water damage. Agoura Hills property owners expect high-quality results from our Institute of Inspection, Cleaning and Restoration Certification (IICRC)-trained technicians, and we deliver. Our community is the bedrock of our business. We are here to support when water or other loss puts our community partners at risk.

How Does SERVPRO Support the Community with Water Damage Services?

Water damage in Agoura Hills can be just as devastating as a fire. In fact, when SERVPRO responds to a fire scenario, the immediate concern is almost always mitigation and remediation of significant quantities of firefighting water. Why? Water flows everywhere, including into building cavities and far from the original leak or spray. Even clean water is highly corrosive, but when on the move inside a home, it carries contaminants that accelerate the deterioration of structural components:

SERVPRO of Agoura / Calabasas / Hidden Hills provides fast and effective water damage interventions for residential property, all designed to make it "Like it never even happened." Contact us at (818) 991-6292 for a prompt assessment, fair estimate, and skilled implementation of a restorative plan.