What Can Be Done about Smoke and Foul Odors in My Fire-Damaged Home? 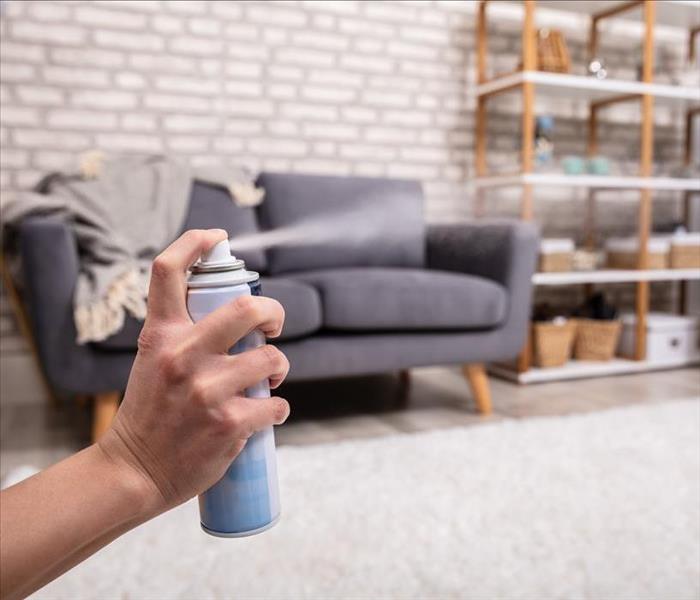 Let our experts at SERVPRO help rid your home of pesky odors the right way.

In Order to Successfully Remove Residual Fire-Related Smoke and Smells from Your Agoura Home, You Need Assistance from Skilled Fire Cleaning and Remediation Experts.

Agoura, located just on the other side of the hills from Malibu, often seems like a dreamy place to live. Cradled between a series of rolling hills and within a short drive of the southern California coastline, the community possesses a great deal of scenic beauty and offers numerous recreational opportunities. Unfortunately, all this comes with a downside, as its area suffers devastating yearly wildfires during the summer and fall months. Every year, thousands of acres are burned in this part of California, and fire damage done to local homes often reaches into the tens of millions of dollars.

What Actually Happens When My House and Its Contents Burn?

SERVPRO, and other Agoura fire damage cleaning and restoration companies, routinely deal with the severe effects of combustion in confined spaces. Combustion, or the chemical process by which heat turns solids into gases, generally produces toxic smoke, soot residues, and related unpleasant odors. Specifically, the process creates some of the following hazards:

As you can see, fires yield numerous harmful products. When various materials combust, they produce a mix of invisible gases, airborne particles, and aerosols. These components are collectively called “smoke.” Burning organic materials give off the hazardous gases nitric oxide and nitrogen dioxide. Inorganic materials, as they combust, yield sulfur dioxide and other substances. Combusting items made out of petroleum products and other compounds could give off even more toxic gases. As a fire subsides, smoke eventually dissipates, airborne particles combine with oxygen and moisture, and the resulting soot residues fall onto surfaces. These residues are often acidic, give off unpleasant smells, and can harm the surfaces they land on.

How Does SERVPRO Remove Residual Smoke and Neutralize Odors?

Air movers and high-velocity box fans to swiftly ventilate your home, clearing away remaining smoke and its odors

Air-filtering scrubbers that remove odorous particles and gases from your home’s interior, while drawing in clean exterior air

Ozone-producing machines that emit a gas that counteracts odor particles

HVAC cleaning systems that are comprised of a powerful vacuum, agitators, and a filtration network

After completing work on your house, our technicians have usually eliminated all the residual smoke and its unpleasant smells.

What Does SERVPRO Do to Clean Up Smelly Residues?

Smoke and other particulate matter in the air are not the only culprits of bad fire-related smells. Soot residues that have fallen out of the air onto surfaces around your home are just as much at fault. Therefore, in order to effectively eliminate odors, it is also necessary to clean up these smelly residues. Some of the tools and methods we use to do this are:

In all of these ways, SERVPRO technicians clean and restore impacted surfaces to their preloss condition.

As an Agoura resident, you should remain mindful of the yearly wildfire threat. Between June and October or so, hot and dry local conditions often ignite forest fires. These can appear suddenly and without notice, and you never know where they might start or where they could end. However, If a wildfire ever damages your home, there are cleaning and remediation companies that can help you. They can often successfully eliminate odors, remove harmful residues, and return your home to its pre-fire state.

In the future, if raging fires impact your home, act fast to mitigate further issues. Have experts eliminate unwanted fire-related smells, remove airborne particles that may cause negative health effects, and clean away harmful residues from your house. Contact SERVPRO of Agoura/Calabasas/Hidden Hills at (818) 991-6292 for help.